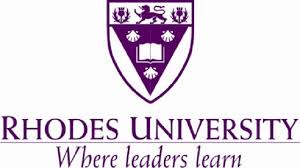 Here on this Educative Page, we provide you with the information about Rhodes University (RU) Faculty of Law Curriculum.

The LLB degree is the minimum academic qualification for practicing law in South Africa.

Admission to the legal profession is subject to compliance with the requirements set out in section 24 of the Legal Practice Act 28 of 2014. Prospective applicants are referred to the Act and must familiarise itself with all the requirements provided therein.  Specific attention is drawn to section 24(1)(b) of the Act, which provides that the High Court may only admit a person to practice and authorise them to be enrolled as a legal practitioner, conveyancer or notary if the person is either a South African citizen or permanent resident in the Republic.

A unique feature of the LLB degree offered at Rhodes University is the different routes to the degree that we have in place:

For ease of reference those requirements are set out below, commencing with the recommended route referred to in (3) above, followed by the other available options:

1          OPTION (3): A five-year combined Law and Humanities OR Law and Commerce OR Law and Science LLB stream (RECOMMENDED)

Students enter this stream with the intention of following a course of study in Law and Humanities OR Law and Commerce OR Law and Science, leading to a BA/BSocSci or BCom or BSc and thereafter a two-year LLB. The objective of the broad-based education is achieved in this stream by including courses which ensure that students have a thorough grasp of at least one discipline outside Law. Students register for a BA, BSocSci, BCom, or BSc in their first year of study and continue with that degree with Legal Theory as a major subject.

Rule L3.4 stipulates as follows:  normally, candidates who obtained at least 60% in their Legal Theory major will be admitted to the LLB, depending on resources.  Academically deserving candidates who hold degrees from other universities may apply for admission to this programme by applying to the university for admission and by indicating the LLB as a preference.  The Dean of Law has the discretion to admit internal and external candidates who do not meet the academic requirements, on good cause shown, and subject to the availability of faculty resources.

Preference will be given to those candidates who obtained their first degree at Rhodes University, majoring in Legal Theory.  Admission to the LLB following this route is restricted in terms of numbers, and candidates who meet the admission requirements are not necessarily assured of a place.  Students are encouraged to apply early for admission.

Candidates who do not hold a degree may apply for admission to the four-year LLB at two points (1) and (2):

Option (1) is available to candidates who wish to pursue the LLB after their successful completion of the NSC or its equivalent, without holding a degree.  Rule L3.1 provides that that students may be admitted to this stream provided that they obtain a Bachelor’s Pass status or its equivalent in the NSC with, normally an APS of 45 points across six subjects.  For admission to this stream, candidates must obtain at least 60% for English Home Language or 70% for English First Additional Language and 50% for Mathematics or 60% for Mathematics Literacy in the NSC.  Students wishing to pursue Economics as one of their non-law courses must obtain 50% in Mathematics in the NSC.

It is important to bear in mind that the number of places to pursue this route to the LLB is limited.  Motivations accompanying the applications will be used to differentiate between applicants of equal academic standing, and preference will be given to black South African and disabled applicants who meet the admission requirements.  Admission to the LLB following this route is restricted in terms of numbers, and candidates who meet the admission requirements are not necessarily assured of a place.  Students are encouraged to apply early for admission.

Candidates who do not hold a degree may apply for admission to the four-year LLB at two points (1) and (2):

Option (2) above is available to students who do not meet the requirements set out for option (1), or who were not admitted under (1) due to resource constraints, and, further to those students who realize after their first year at university that they only wish to pursue the LLB and nothing else.

The admission requirements are set out in L3.2b.  This rule permits admission to the LLB after the first year of study (for either BA, BCom or BSc) in which the student took Legal Theory as one of their courses, provided that they have passed both Foundations of Law and Introduction to Law with an average of 65% and obtained an overall average of 65% for their three non-law courses studied in that year.

As with the other options, admission into this route is restricted and subject to the availability of places.

Students enter this stream after having completed a Bachelor’s degree without law subjects, or with insufficient law courses passed to complete the degree over two years. They may be admitted to the second year of study for the LLB degree, provided that they obtained 60% for their major subjects, and are subject to the availability of resources. Where a candidate has not met this requirement, the Dean of Law has the discretion to admit that person, on good cause shown and subject to availability of faculty resources.

EXAMPLES OF SOME CURRICULA

3 List of electives that could be taken in the Final Year of Study:

All electives will not necessarily be offered every year. The availability of options will depend upon teaching arrangements in the Faculty of Law. For the same reason electives may be taught in different semesters.  Some electives have a restricted number of students.

may register for an elective course in the second semester of the penultimate year.

(For graduate students, following a degree with no or insufficient law courses)

This route is for students who have a degree but either have no law courses at all, or insufficient law courses to qualify for the two-year option.