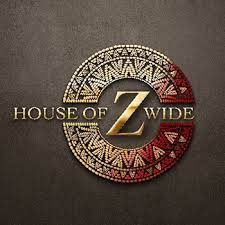 Nkosi tries to no avail to get the two important women in his life to get along. Ona is thrilled when she sees her design come to life. Shoki mistakenly posts Ona’s dress on Instagram. Nambitha celebrates Ona’s downfall.

While Ona and Funani reconcile over burying her design, Nomsa considers her own grand plans for Ona’s dress. Nkosi plans a deadly date.

Nomsa’s mistake looks like it will cost Ona everything. Nkosi still tries to manage Shoki and Mampho. Sandile and Nambitha think Ona is done at HOZ.

Funani feels bad for Ona while Faith exiles Ona to the boutique. Nkosi’s plan goes well until he leaves Mampho and Shoki alone. Alex Khadzi sends a gift to the House of Zwide and Funani is beyond livid.

Everyone struggles with how to proceed following Ona’s departure from HOZ. Shoki tries to make things work with Mampho, despite Mampho’s best efforts. With Ona out of the intern competition, things start to heat up for Sandile and Nambitha.

A shocking accident brings people together, but Shoki’s guilt threatens to overwhelm her. It looks like Ona is giving up on her dreams while Dorothy nurses a terrible secret.

Pain and guilt as Shoki come clean to Nomsa and Ona, while Nkosi refuses to leave Mampho’s bedside as she fights for her life. Sandile feels like he is losing the battle for an internship as Nambitha is charged with more responsibilities.

Naledi makes an announcement that stuns Ona and the Molapos. Shoki’s rattled when she learns that Dorothy knows about her argument with Mampho. Nkosi’s conflicted about whether Shoki might have pushed Mampho down the stairs.

Isaac is trapped in a corner when Naledi extorts him. Meanwhile Faith starts to wonder if Shoki had something to do with Mampho falling and it doesn’t help that Shoki is struggling with guilt.

Mampho finally wakes up, but what will she say about how she really fell? Isaac is forced to come up with a plan when Ona insists on meeting her “mother”. Things get hostile between the interns as the race heats up, and trust breaks down.

Mampho’s utterance leaves everyone stunned but Nkosi is in denial, Faith wants Shoki to be punished but Funani is not in support. Shoki confronts Mampho in front of the Zwide family.

Nkosi’s decision to stand by Shoki is overshadowed by grave news about the baby. Naledi bonds with Ona and makes a decision that leaves Isaac utterly stunned. Nambitha and Sandile’s rivalry intensifies when Funani reveals they’re both dead even.

Naledi is still causing problems for Isaac. The Zwides await news about Mampho. The remaining interns face their final challenge.

Mampho does the right thing and she and Shoki make peace. Thanks to Molefe, Naledi acts on an idea to make money off Ona. Zanele’s offer to help Sandile threatens his ‘fair play’ agreement with Nambitha.

Isaac tries to speak sense into Naledi’s head but Naledi’s eyes are set on the money she could make through Ona. Nambitha is devastated by the harsh feedback on her designs. After speaking to Sandile, Ona feels she is missing an opportunity so she takes Naledi’s offer.

The pressure intensifies between the interns and Mampho advises Nambitha to use Sandile’s good heart against him while Rea confronts Naledi but is stunned when Ona sides with her “mother”.

Rea convinces Ona that Naledi’s business plan isn’t good for her, much to Naledi’s fury. Mampho starts to feel the strain of being a new mom, with Faith taking notice. Things are tense between the interns, with trust in short supply.

Devastated Ona tries to come to terms with Naledi’s sudden departure. Isaac’s appeal prompts Funani to negotiate Ona’s return to HOZ but it triggers Nkosi’s nightmare. Mampho feels the strain of trying to be the perfect mom.

Faith and Funani bond over Busi. Nkosi confides in Dorothy who is stunned at what she hears. Ona is excited to be back at work but her colleagues are not so welcoming. Mampho has a meltdown and Faith encourages her to accept hell.